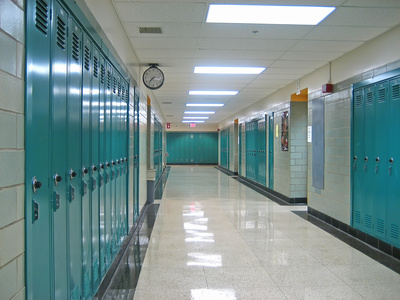 School administrators in Sterling, VA are having a hard time monitoring their premises. As the direct responsibility of a child's safety falls on the school, a number of schools are installing cutting edge security cameras within their school boundaries. Of course, there was no need of such technology even 2-3 decades from now but the contemporary social structure, with complex crime patterns, require a more robust security set-up. A school needs to keep a record of who is entering and leaving their buildings. Vandalism and theft possess their own separate set of security challenges.

A quick look at some statistics will reveal the dark picture of crimes in US schools and in Sterling, VA. Between the period 2005-2006, 86 percent of public schools reported serious incidents of violent crime, thefts, physical abuse, abductions, etc. This number does not take into account minor thefts, graffiti menace, and vandalism that mostly go unreported. It is estimated that nearly 100,000 incidents of vandalism alone face US public schools each year, eroding a major portion of funds in repairs and replacements.

One good solution to this problem is the introduction of cameras within the school boundaries. Though there is no concrete statistics or study available on this subject, there is a broad consensus among many psychologists and school teachers that cameras can indeed nurture a safe and sound environment. A steady reduction in crime rates has been observed in public places where cameras were introduced.

But there is also another side to this discussion. The fact that a proper security camera system, with high-end features, can cost a minimum of $500,000 or more, discourage many takers. The risk-benefit ratio that such a security shift will bring about is a widely-debated topic. Some feel that introducing cameras within schools in Sterling, VA is not feasible as it will eat away a lion's share of educational funds. Others feel that security cameras are a good long-term investment that will cover the costs of reducing thefts, vandalisms, etc.

There is also another side to this debate, which is based on infringement of privacy and personal rights. The legal contours of camera installations are a little patchy with differencing views at every level of the government. Nationwide protests have showcased the will against the installation of cameras within school premises in Sterling, VA. The psychological impact and inner fear of always being watched is one aspect that many experts are particularly cautious about. Surveillance, by the mandate of the constitution, is an individual choice and it's important to take into account the views of the students and the parents.

In a particular incident of grass root mobilization against security cameras in Oakland County, Michigan, students of Seaholm and Groves high schools formed a group known as Students Against Security Cameras (SASC). With an 850 member-strong Facebook page dedicated to their cause, they remain a voice worth listening to.

The school authorities in Sterling, VA, however, feel that the time is ripe for introducing security cameras at the school. The principal of Seaholm High School in Birmingham cites that 30 high schools in Oakland County have benefitted from security cameras and have successfully reduced thefts and vandalism to a considerable degree. He also assured that the costs of such programs won't burn a hole in the education budget as there is a separate funding for capital improvements.