Understanding the Differences Between IP and CCTV Cameras 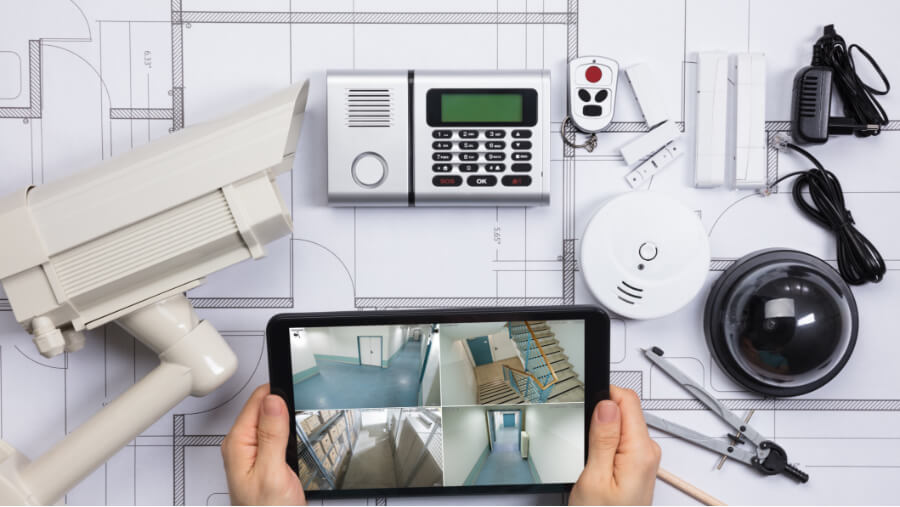 Many people already know about CCTV cameras − even if they haven't had any experience with them at all. They are made mention of in movies, and they are probably used at many businesses that you frequent.

While they may be a popular and more common choice, they are no longer the only choice when it comes to the kind of camera that can be used for video surveillance in a business. IP cameras are becoming a new security camera option, and they have a similar purpose to that of CCTV cameras.

These systems have been around for a lot longer. CCTV stands for closed-circuit television. It is a system that uses an analog signal to transfer video from on for several cameras to one central location that is on-site. These systems have been in operation since the late 80s and have become more advanced over the years.

They are now capable of capturing high-quality images and footage, whereas, in the past, the images may have been blurry and grainy. They are often used around commercial properties and remain an industry standard.

IP (internet protocol) cameras show you just how far technology has come. IP cameras are fully digital, unlike CCTV cameras. Because of this, these cameras can be wirelessly installed, and the image quality of the footage is much clearer with a higher resolution. It is also an internet enabled device that does not require the use of other proprietary hardware.

Business owners can install their IP cameras, download the software, and then begin viewing the footage from any device with an active internet connection.

So, how do you know which system will be the best for your business? To make the right decision between surveillance systems and cameras, you need to have an in-depth knowledge of each system and understand how they each work.

The biggest differences you will find between CCTV cameras and IP cameras is the flexibility each offers, the broadcast strength, technological requirements, and capabilities for expansion.

Flexibility. CCTV cameras are strategically placed and monitored on a closed system. All the footage from the cameras is sent to monitors and recording systems that are on-site. The footage is then usually uploaded digitally using a DVR (digital video recorder).

IP cameras, on the other hand, do not require the use of DVRs for remote access monitoring. They are much more flexible and instead use NVRs (network video recorders). All the footage from these cameras can be uploaded to a private network and then accessed through any wireless network.

CCTV cameras often require additional hardware, but IP cameras do not. This gives the business owner the opportunity to choose a camera system that perfectly fits the individual needs of the business.

Broadcast Capabilities. CCTV camera footage is captured through coaxial cables to the DVR, while IP cameras broadcast a digital stream through the internet. They also don't need to have a direct connection to the recording system like CCTV cameras do.

If you have any other questions about which system and cameras would be best for your business in Sterling, VA, contact Security Feed for more information.